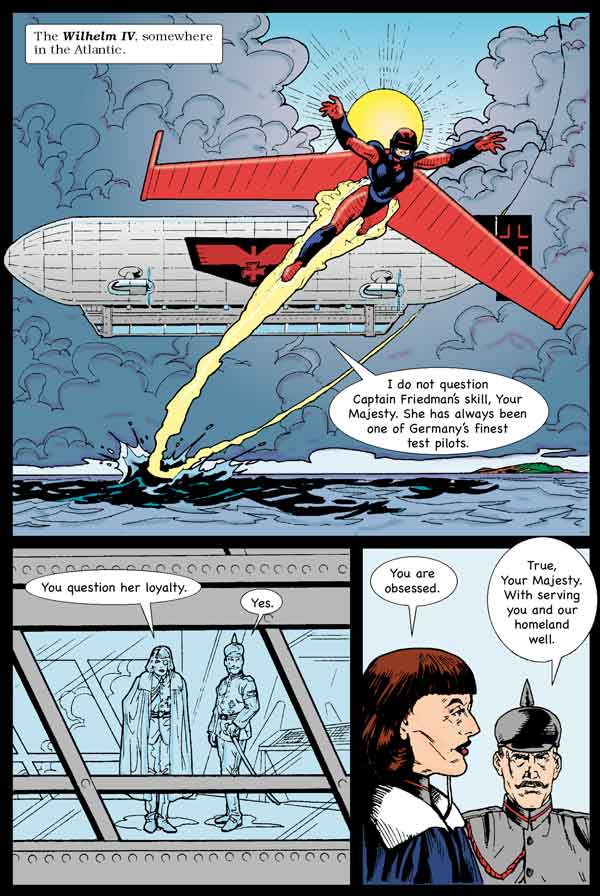 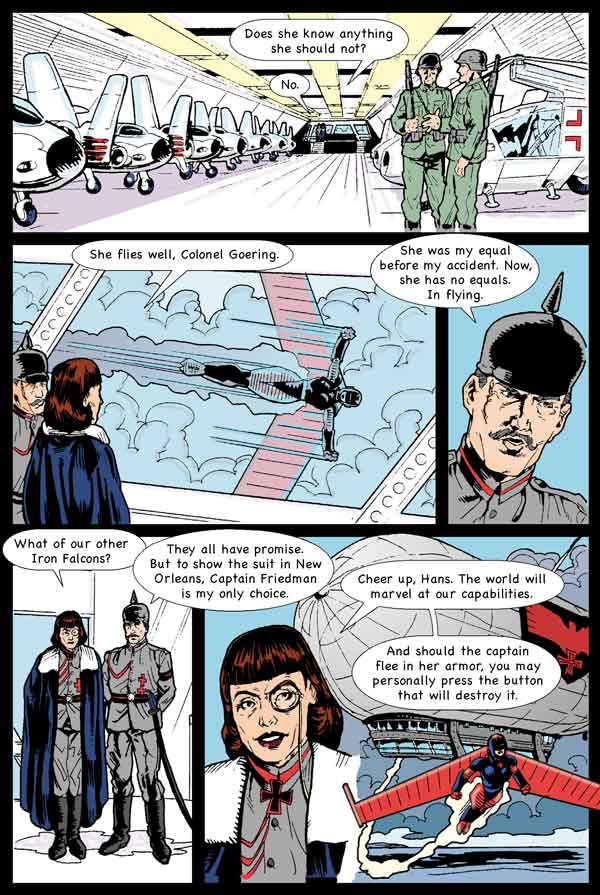 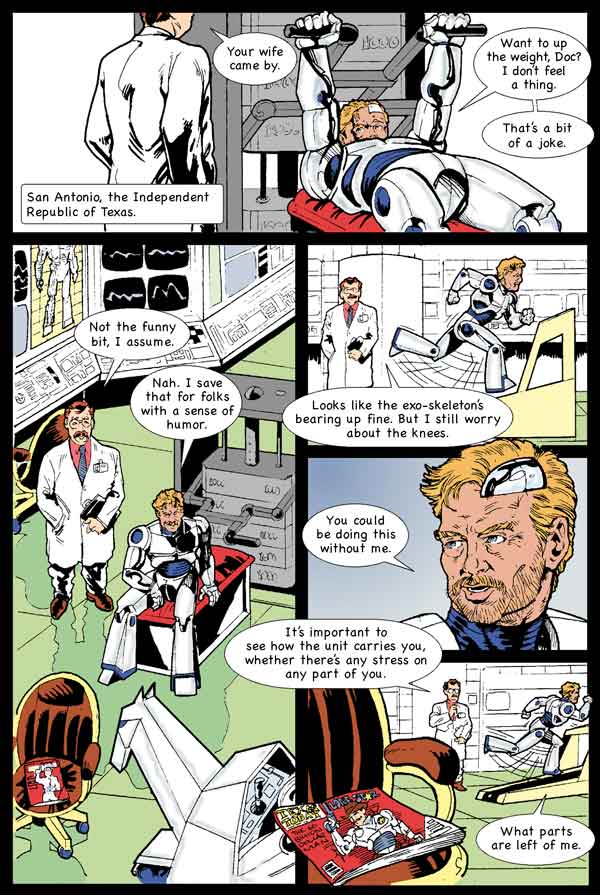 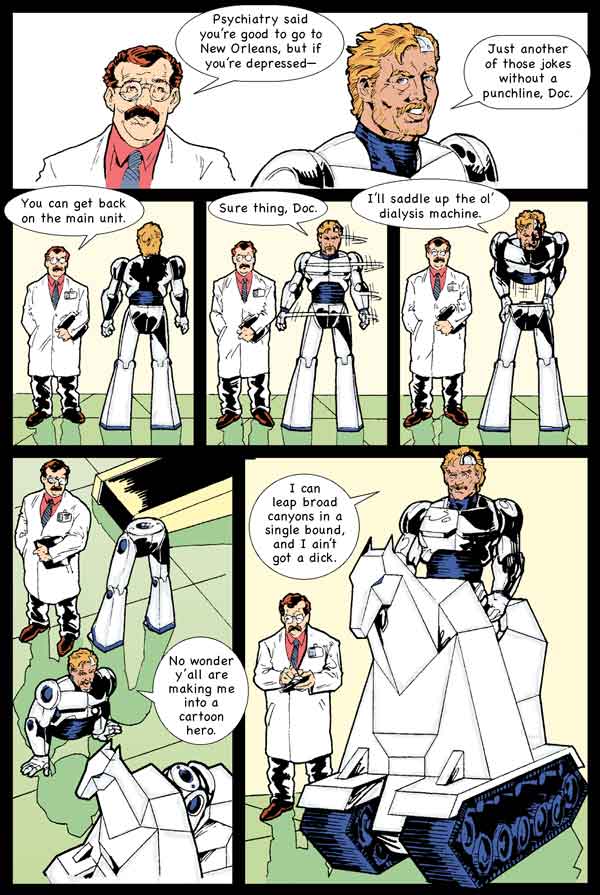 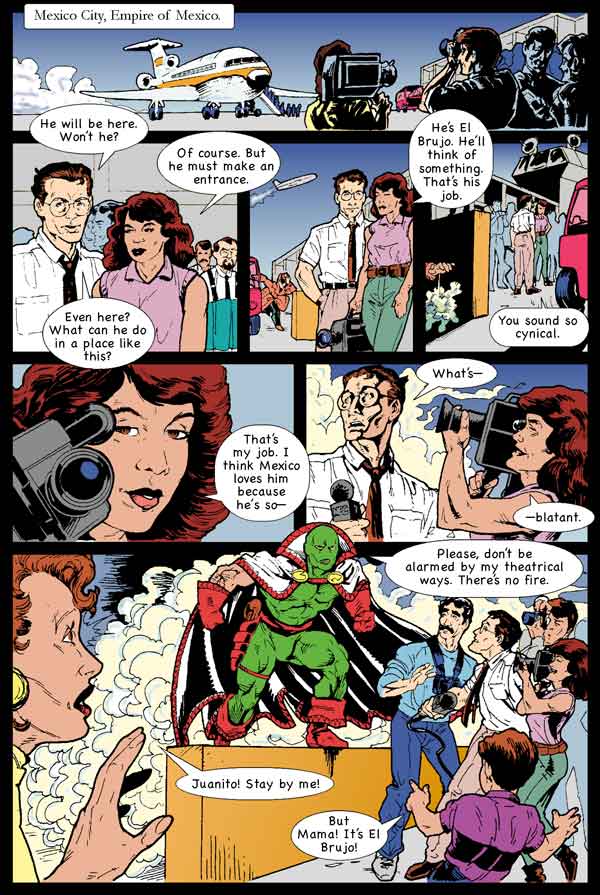 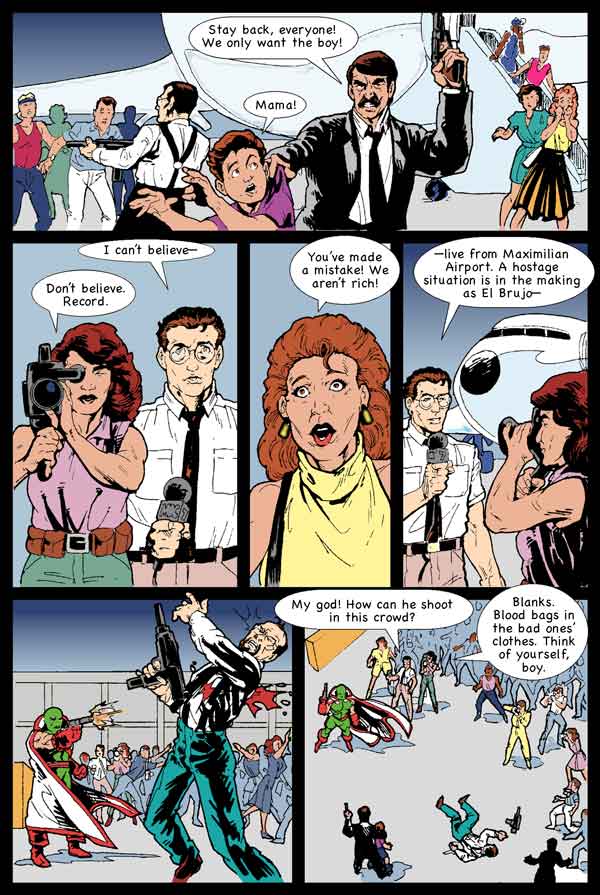 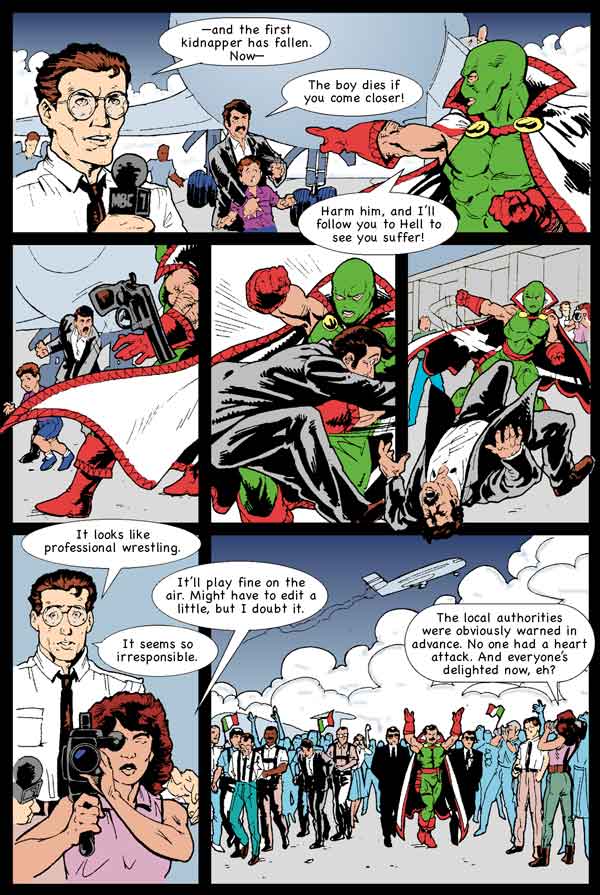 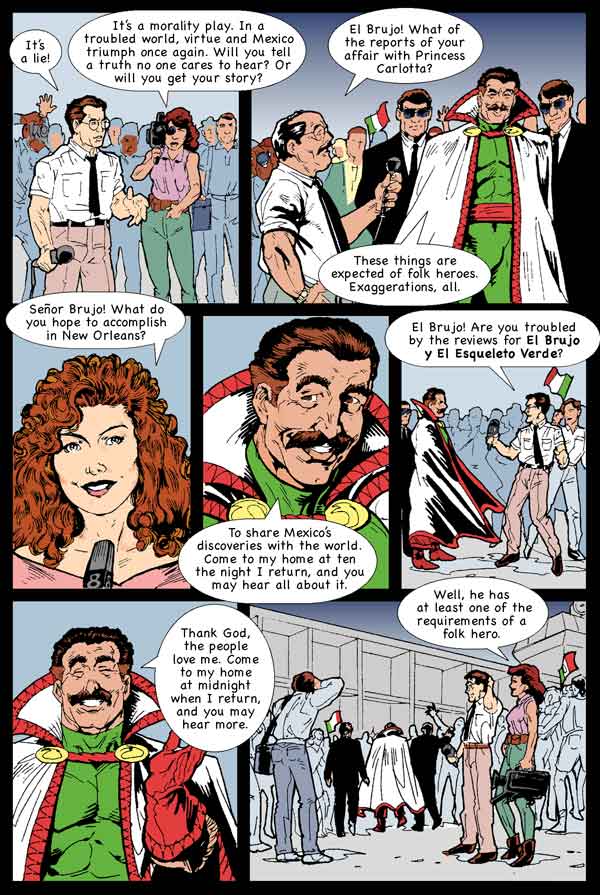 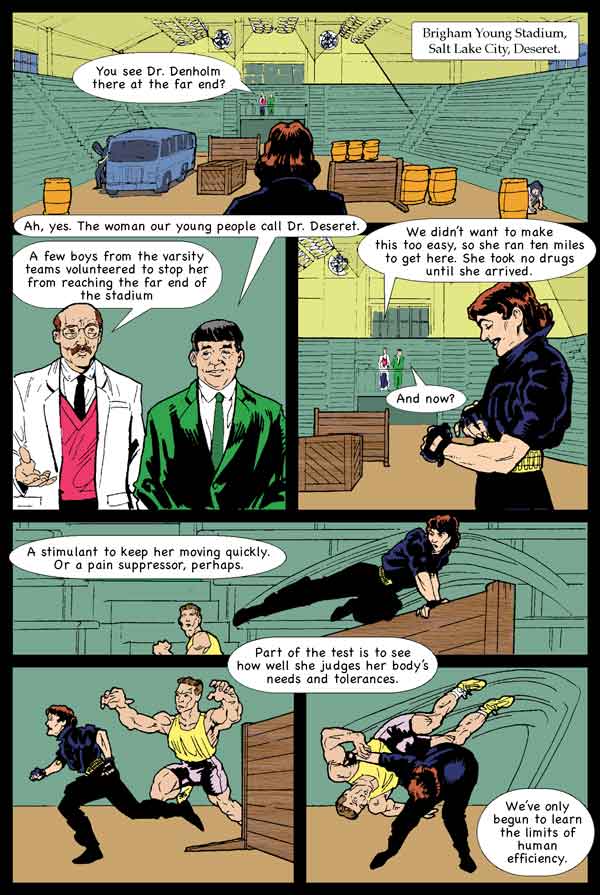 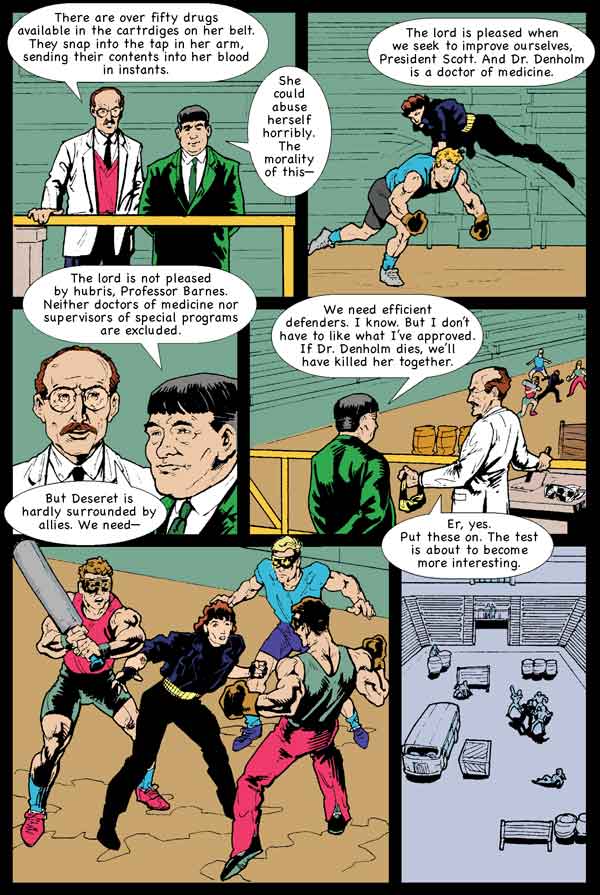 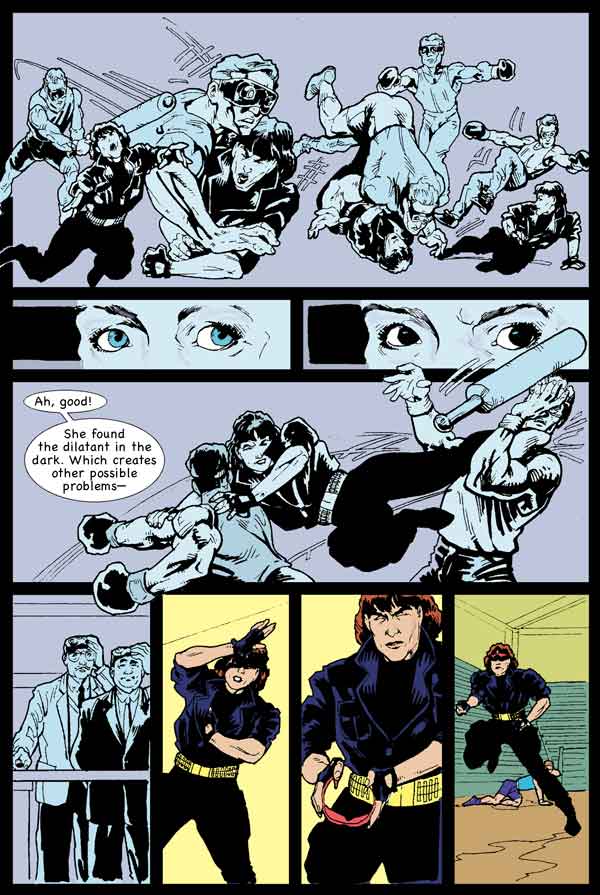 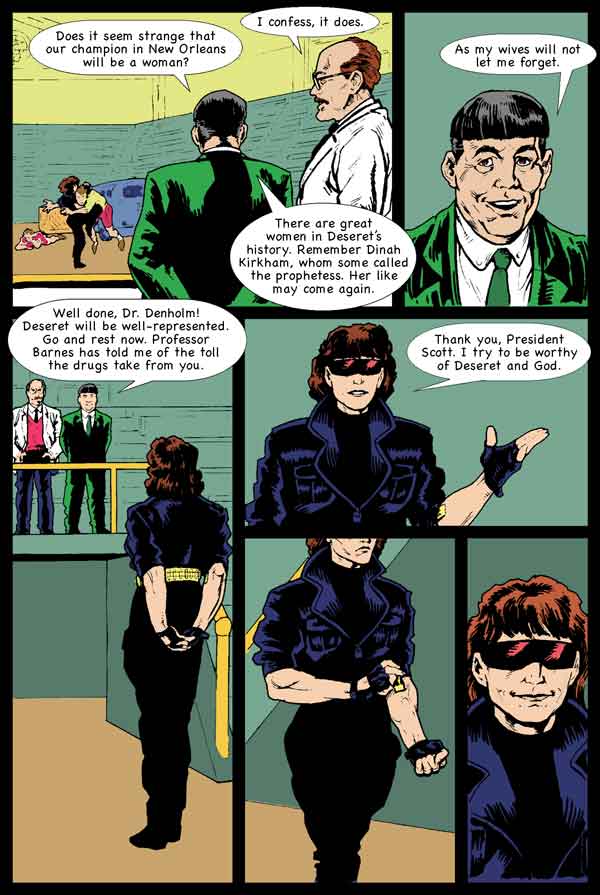 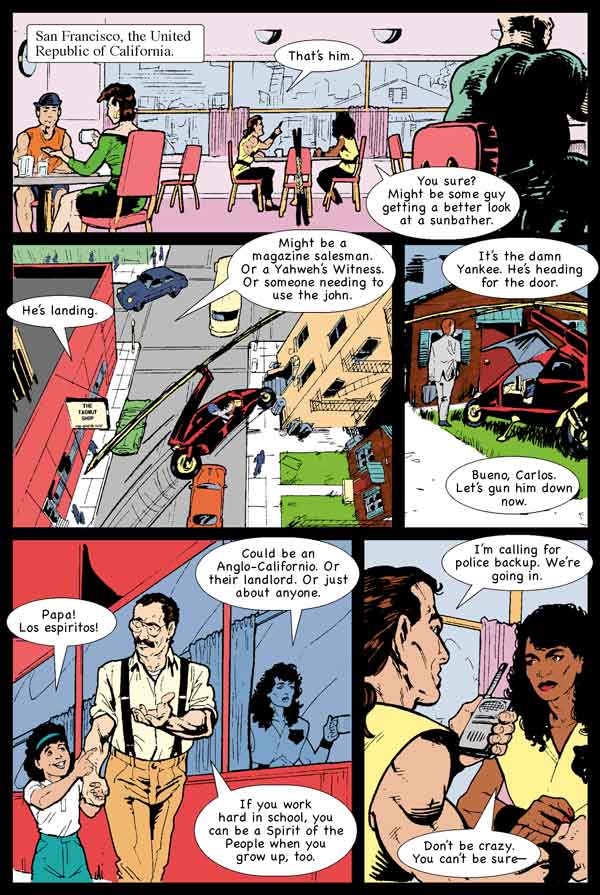 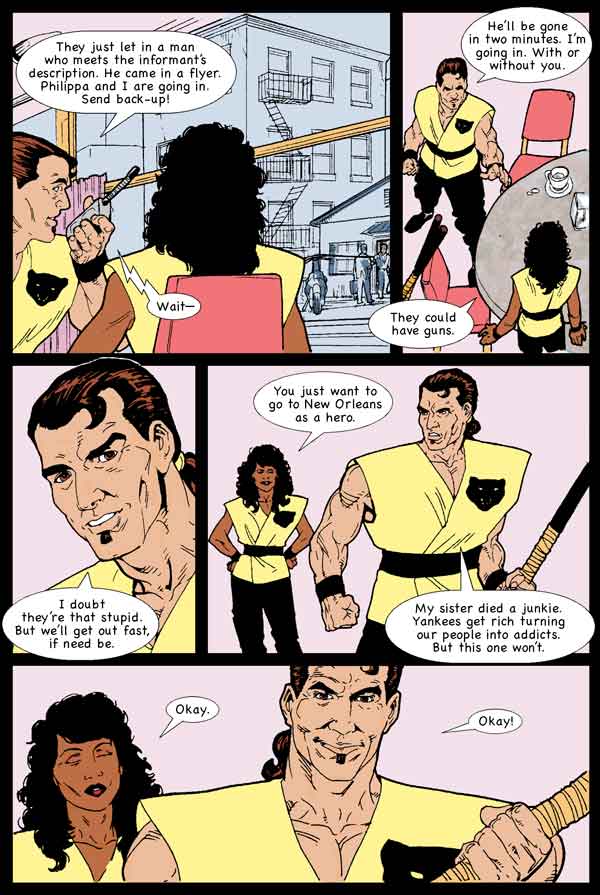 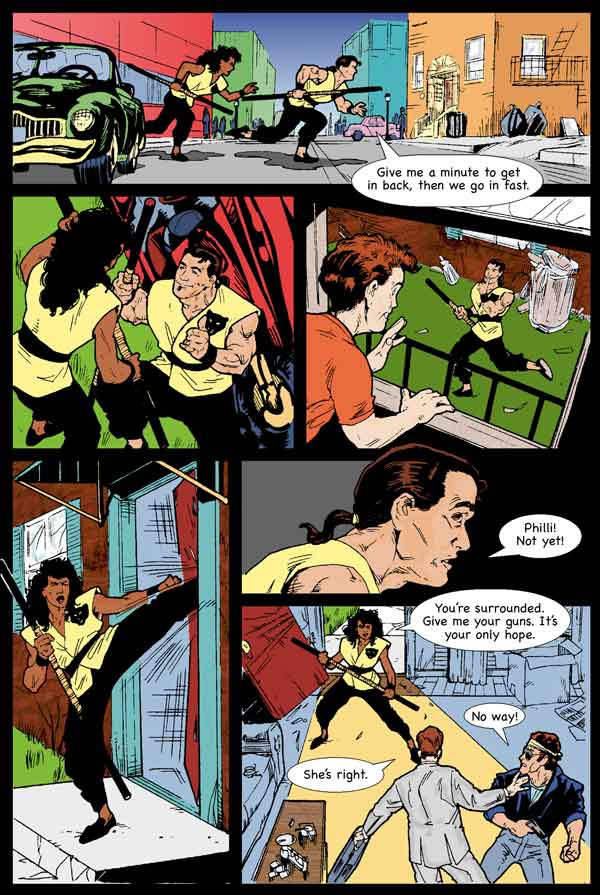 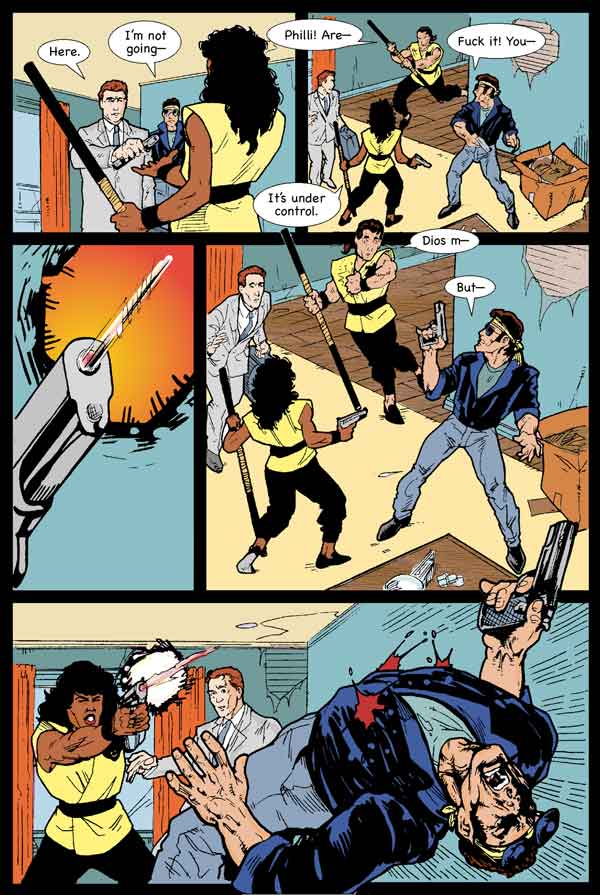 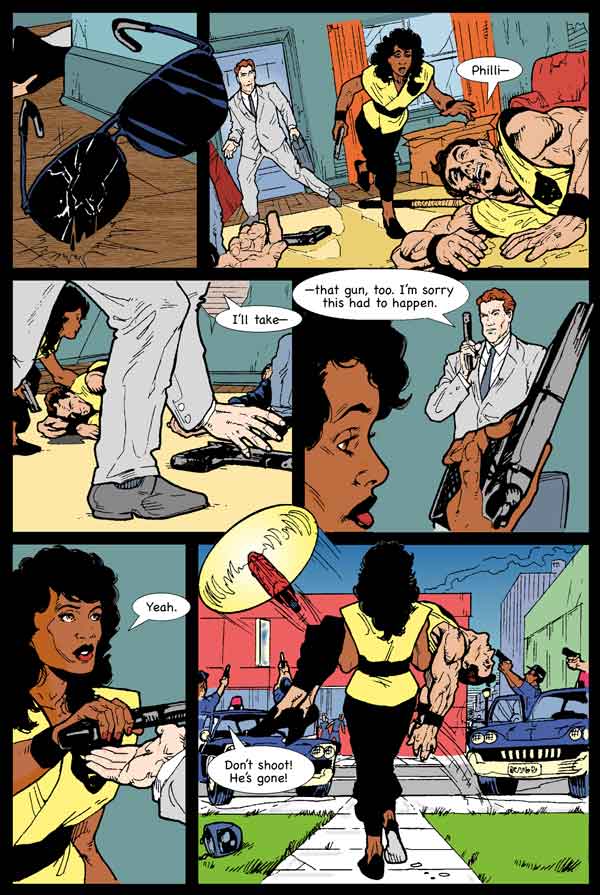 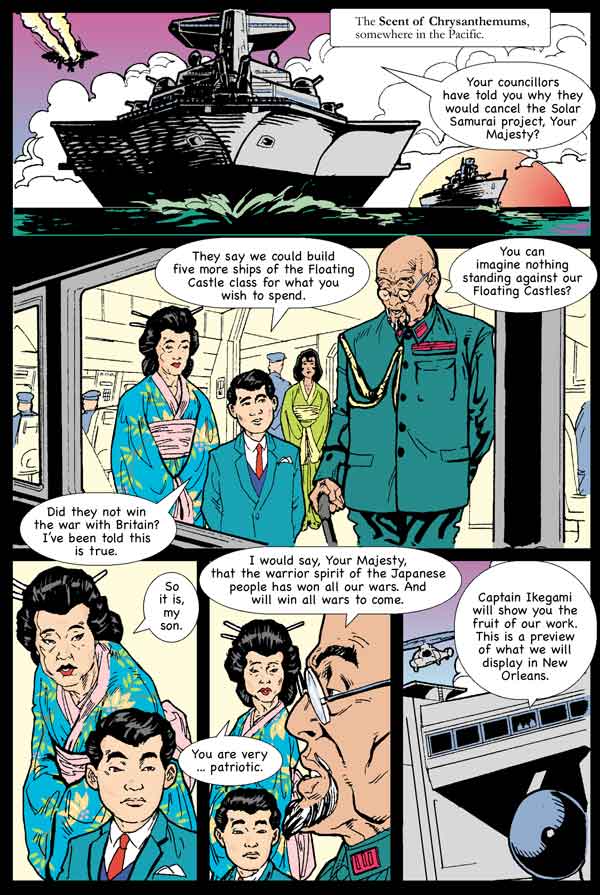 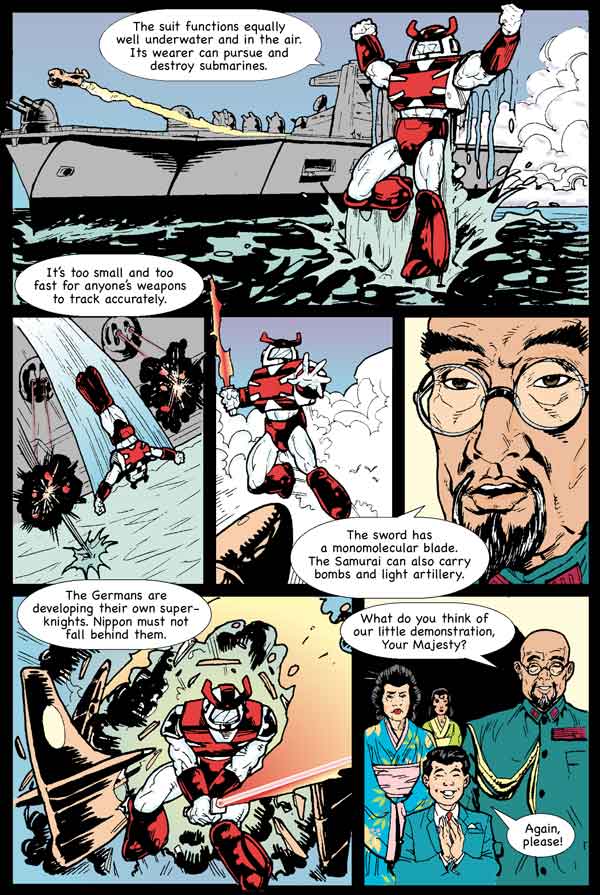 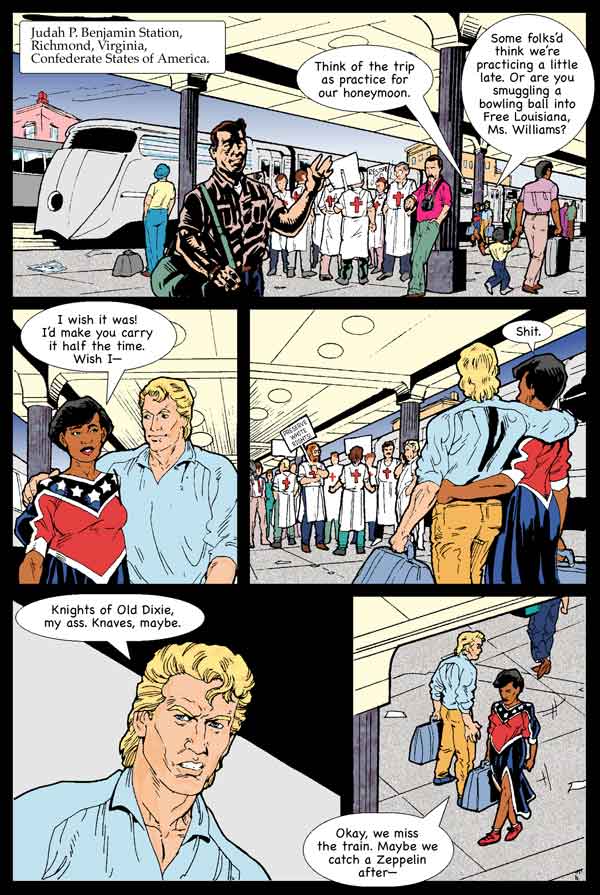 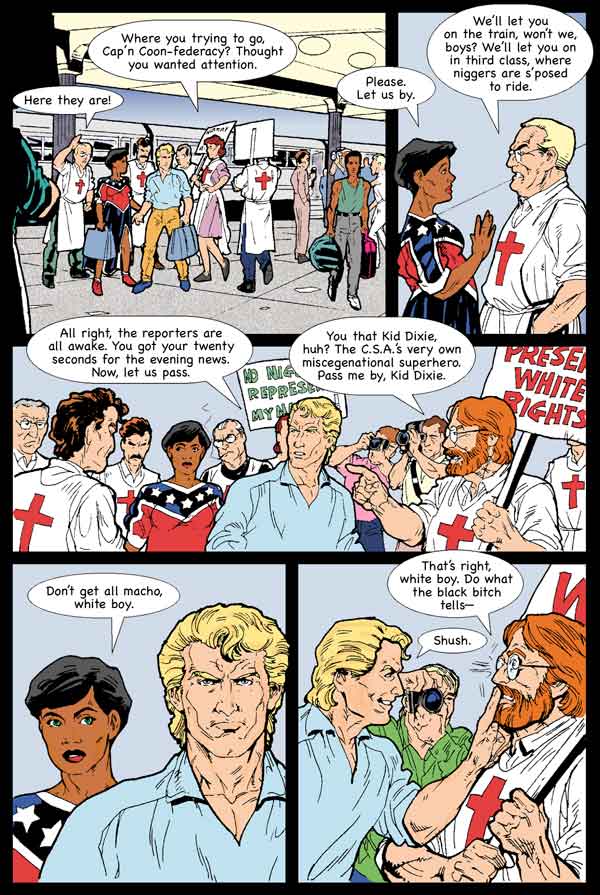 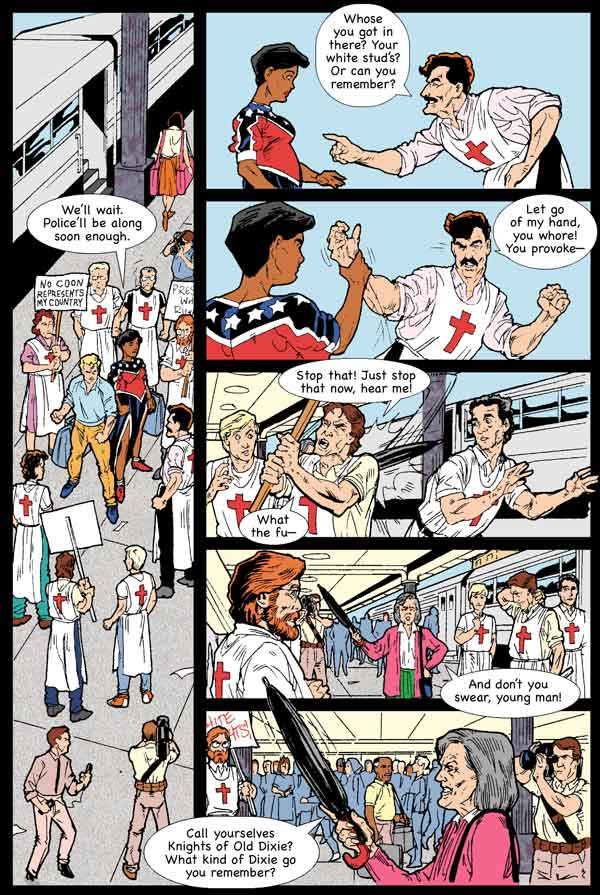 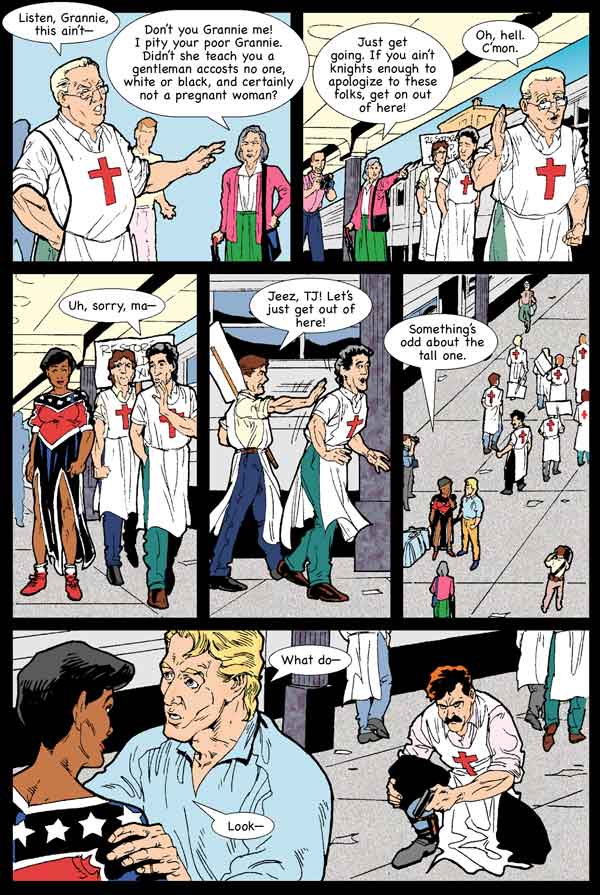 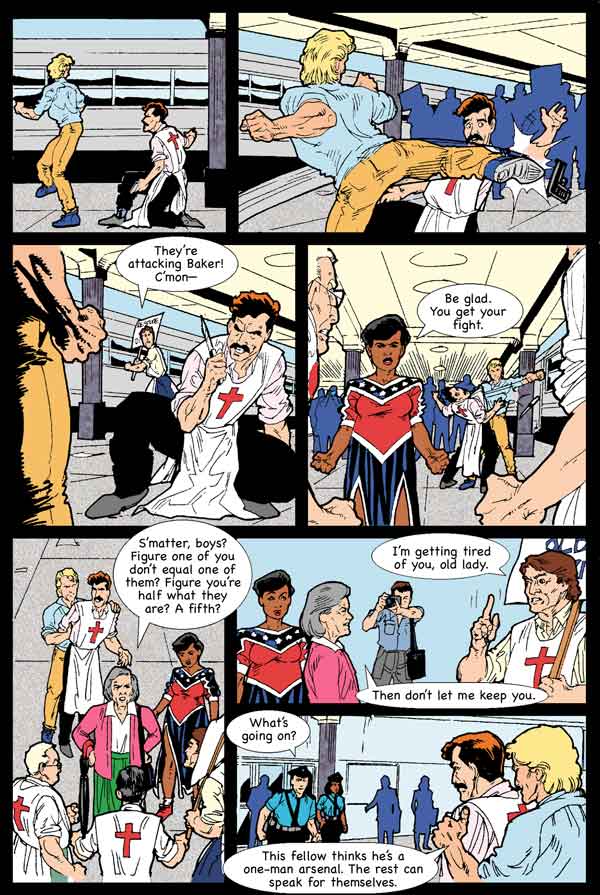 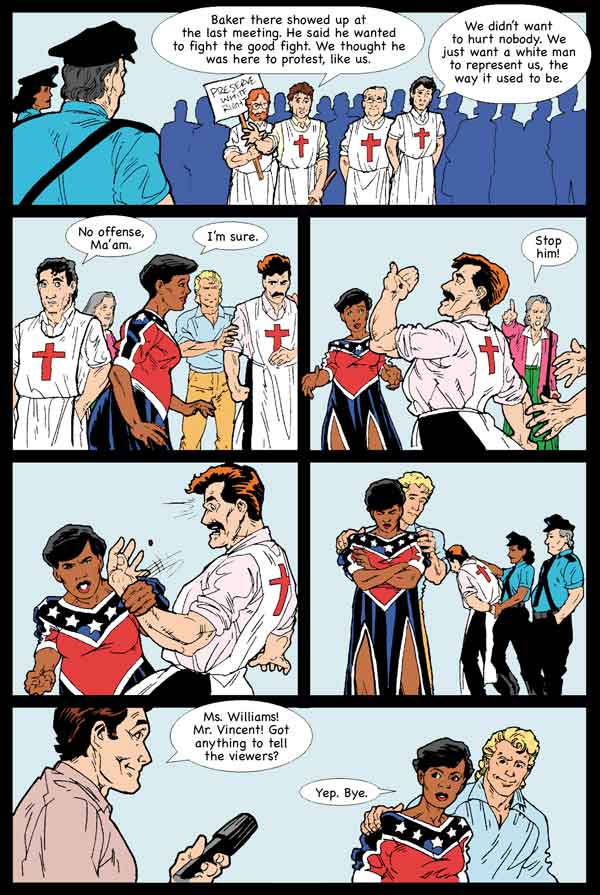 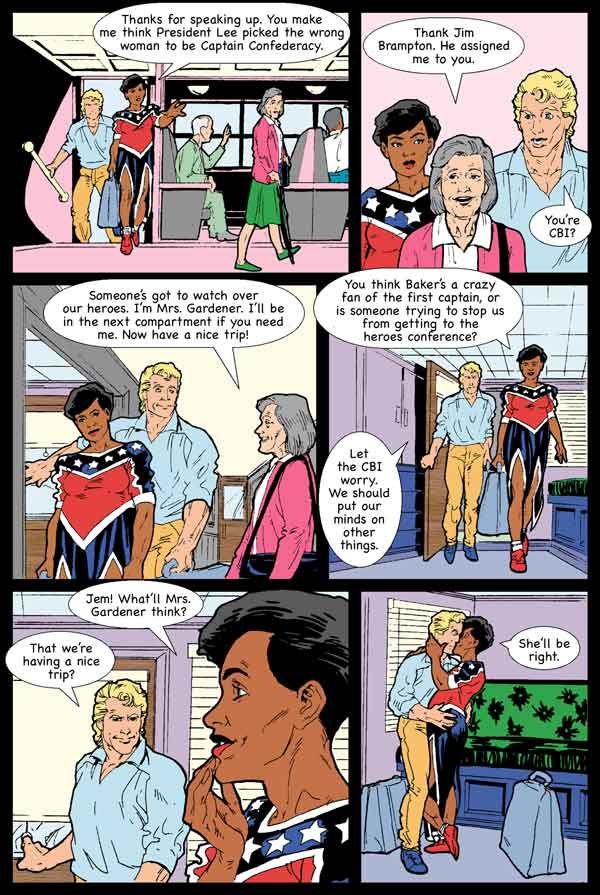 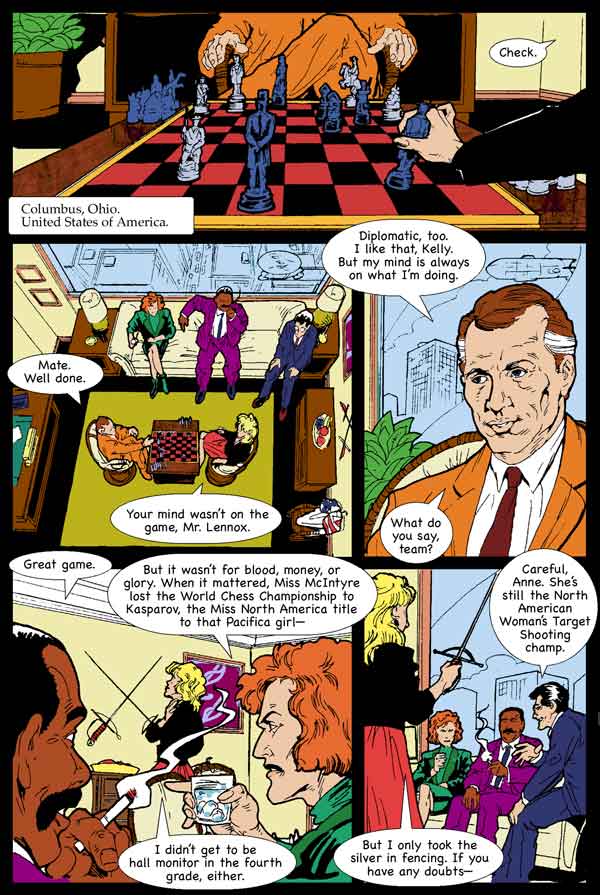 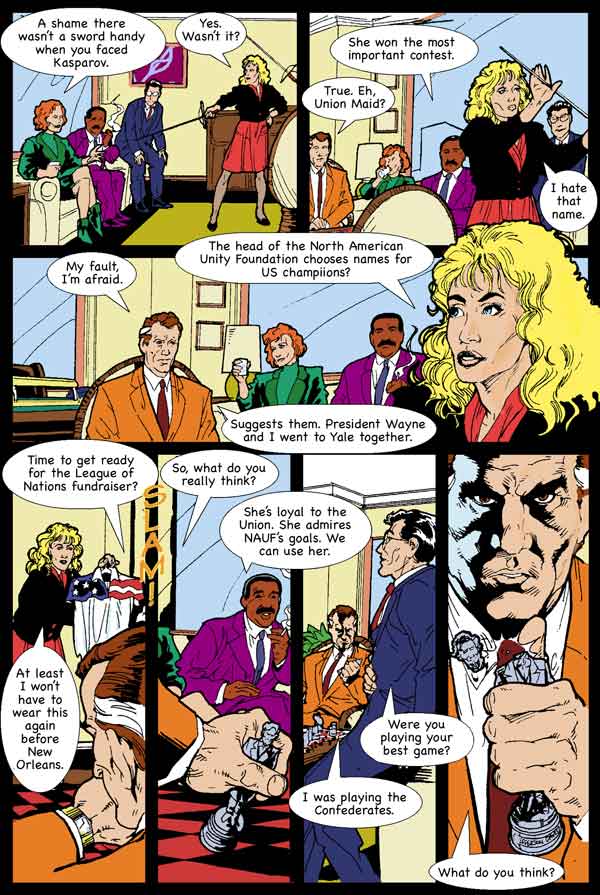 Last Fair Deal Gone Down
Posted by Will Shetterly at Saturday, March 22, 2008

A new Capt. Confederacy story after, what, 15 years? You've made me happier than you can possibly imagine!

The North will rise again!

Technically, this isn't new--the Yankee UFO story was drawn but never finished, and what I'm doing with Book 2 is relettering and very lightly rewriting the Epic series. But I'm happy you're happy!

And who knows? Maybe this will inspire a completely new story.

Are you trying to say something about the chances for feminine advancement in a liberal society? ;)

Steve, you caught me: I just love Disney's female villains more than the male ones. Also, I was writing this during Margaret Thatcher's tenure.

The Japanese ruler will be appearing soon. Compare and contrast!

"Captain Confederacy" was such an
original concept, I spent just as
much time reading the letters pages
as I did the main comic. The story
and its sequel were fantastic. It
was ahead of its time, before Harry
Turtledove's alternate Civil War
book series and before Spike Lee's
"Confederate States of America"
film. Too bad America is still not
ready for this great un-PC series.

Wow! I noticed Captain Confederacy years ago, but I don't do BnW comics. reading "the nature of the hero" makes me wish it was in color. I'd prob'ly buy a trade paperback of it in color, same as the "Hero Worship" offering. Good stories, good characters used well.
I liked the original Cap'n Confed costume better tho. (minus the whip)and even tho having his hair visible emphasizes that he is an aryan sterotype, I like full hood masks better. Now that Kate is the Captain, I didn't like the dress version. Perhaps a new version for her similar to the old one?
I'd like to see more about their powers developing, perhaps growing with usage and being different according to their personality and style. Maybe mental force fields? Telekinetics? Flight?
I am not too sure, but I'd like to think racial equality would kick in at some point, especially after all this time. Also, were their any hippies? Summer of love? Maybe a combo of these two concepts could work into a third installment in the 2012 issues?
I do like the dynamics between all the nations, even tho I don't like politics.